This paper presents the finite Taylor developments method used to integrate the Navier-Stokes equations with the purpose of obtaining the hydrodynamic spectrum of the flow in a tank and also in the orifice contracted section of the liquid exit. The authors created a computing program which allows running also at high Reynolds numbers to determine the theoretical value of the orifice flow coefficient. An experimental installation was also made to obtain … (read more)

The purpose of this paper is to determine the discharge, speed and contraction coefficients for nozzle with three dimensions of diameter. To determine the speed of water jet at the nozzle exit, were measured the impact forces between the water jet and a flat and rigid surface in the potential core region of … (read more)

This paper exposes the diagnosis and correction suggestion to the hydraulic circuit of inclination of the spreader of a crane transtainer, type Rail Mounted Gantry of a containers terminal that frequently was out of service. The questions: why happen and how to solve them. We applied the deductive-inductive method and inferred that the mishaps were caused by dynamic loads as a consequence of the free fall of the container broken by the rope. We carried out a mathematical modeling the phenomenon; we obtained models with a combination of mechanical variables and … (read more)

Assisted steering systems are present in almost all modern vehicles even in the small class and compacts. Besides driver discomfort due to mechanical wear, these systems can produce unwanted effects such as: environmental contamination with hydraulic fluid and reduction of car’s steering assistance. A defective steering box will no longer respond to driver’s manoeuvres and can lead to potential life threatening situations due to traffic accidents.
Main subject of the paper is describing a computerized testing stand designed for a steering box testing stand. This facilitates quick and easy testing of steering boxes before and after maintenance / repairing operations. The computerized system that authors propose can be used for upgrading existing steering box testing stands. Main system equipments are: … (read more)

Combustion based noise plays an important role in emissions in engines. In this work these emissions have been analyzed and various factors … (read more)

This paper presents the waves characteristics near the Romanian coastline of the Black Sea, based on a large set of data from National Institute of Meteorology and Hydrology. The main wave’s characteristics are: wave height, wavelength, period, wave celerity, Strouhal’s number to study the similarity. Analyze is made in order to estimate the waves hydropower potential. From the polynomial integration of the wave’s height results this variation during a year. The average height of waves near the Romanian coastline of the Black Sea is about 2.5-3 m in cold seasons and about 1.5-2 m in warm seasons. This paper estimates the hydropower wave’s potential for … (read more)

A numerical model for the skirt is studied to consider the effects of the connecting rod inertia on the piston skirt–liner system lubrication. The piston motion, the oil film lubrication model and the friction losses of the system have been studied and compared. The results on a dual cylinder diesel engine show that … (read more)

In fluid mechanics there are situations when the fluid flow is carried out inside pipelines with different values of the main flow section. Based on the research works it was therefore demonstrated that when the fluid passes from a larger to a smaller section an increase in flow velocity is obtained together with a decrease of fluid static pressure. This phenomenon it is known as the VENTURI effect. This particular effect is based on both the fluid continuity principle, but also on the principle of conservation of mechanical energy, or BERNOULLI’S principle. This principle shows that inside a specific flow region, a decrease in static pressure appears when … (read more) 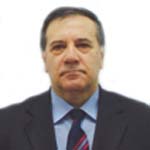